In its opinion "Robotics for Good Care" published on 10 March 2020, the German Ethics Council weighs up the opportunities and risks associated with the use of robots in care.

On 13 November 2019, representatives of the Ethics Councils of Germany, France and the UK met in Berlin.

On 23 October 2019, the German Ethics Council held its autumn conference in Göttingen to discuss the ethics of climate science.

Welcome to the German Ethics Council

The German Ethics Council deals with the great questions of life. With its opinions and recommendations, it provides orientation for society and politics. The members are appointed by the President of the German Bundestag.

Since 2002, animal welfare has been a constitutional objective in Germany. Additionally, animals are described by the Animal Welfare Act (Tierschutzgesetz) as "fellow creatures" and protected from suffering, pain or harm without "reasonable grounds". Whether these statutory provisions are implemented appropriately, is, however, frequently questioned.
In view of the growing number of people in need of care in Germany and the urgent infrastructural, personnel and financial issues involved, politics and research increasingly turn to robotic solutions, while their concrete benefits and influence on care practice and the relevant actors are the subject of controversial discussions.
All Topics

Members of the German Ethics Council 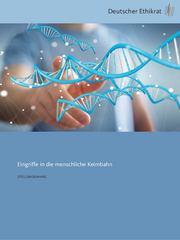 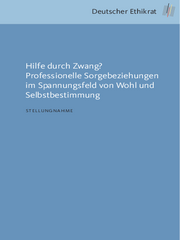