Maintaining and improving the health of larger groups of people or even the entire population of a country are central tasks of the health system and important goals of political action. Even more than in the field of individual medicine, the focus of public health is on prevention, i.e. the promotion of health. Vaccinations, for example, aim to prevent the occurrence of infectious diseases, many of which can pose serious threats to public health. The promotion of a healthy diet and exercise or sufficient physical activity on the one hand, and education about risky behaviours such as smoking on the other, are also important prevention objectives of public health care.

Questions about the best use of available resources to promote public health can often only be answered through multidisciplinary cooperation between medical specialties, such as epidemiology and social medicine, and other scientific disciplines, such as health economics, psychology and sociology. In this process, ethics and law also play a key role. For example, public health care measures regularly lead to conflicts between the interests of individuals and those of the general public, thus raising both ethical and basic rights issues. In what cases, for instance, could it be justified to introduce a mandatory vaccination policy which requires an intervention in physical integrity in order to increase the protection of the entire population against contagious diseases? Or to what extent may the rules of drug prohibition law restrict individual liberties with the objective of protecting society from the negative consequences of widespread substance abuse?

Further normative questions arise whenever the promotion of public health entails the allocation of limited resources, which has to take into account not only efficiency criteria, but also aspects of justice and solidarity. For example, how to allocate the resources of a solidarity-based health care system in a way that is both beneficial and just? Or what criteria can and should be used to prioritise the access of different population groups to scarce medicines or vaccines in the event of a pandemic? 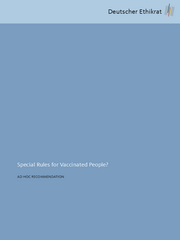 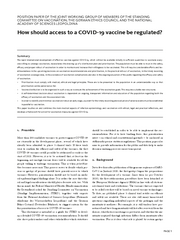 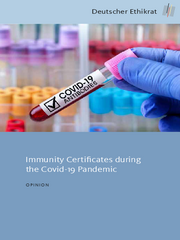 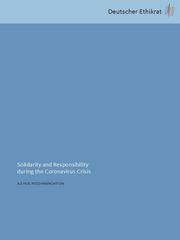 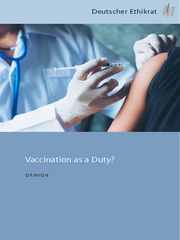